Elon Musk, the new owner of Twitter, has ended the company’s remote-work policy and warned staff to prepare for “difficult times ahead.”

According to the associated press, the billionaire told staff late Wednesday that they would be expected to work at least 40 hours a week starting Thursday.

Elon Musk added that Twitter’s advertising revenue has already taken a hit as brands have paused ads on the platform due to a sluggish U.S. economy.

Bloomberg, The Verge, AP, and the Guardian report Musk said in the email that the road ahead is long and will require intense effort.

As the Corona virus spread across the country, Twitter’s former CEO Jack Dorsey announced in May 2020 that staff would be able to work remotely indefinitely. Musk will now only approve remote work on a case-by-case basis.

This year, Elon Musk tweeted that “all the COVID stay-at-home stuff has tricked people into thinking they don’t have to work hard.” 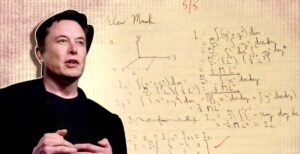 By increasing Twitter Blue’s tick price to $8 a month and adding user verification, Musk hopes to make more money from the social media platform. Employees were reportedly told in an email that Musk wants half of the company’s revenue to come from subscriptions.

In a recent Harris Poll survey, half of frequent Twitter users in the U.S. said they would not pay to use the platform.

This month, Musk tweeted that Twitter’s revenue has dropped “massively,” as companies’ paused advertising, wary of Musk’s prior promises regarding “free speech.”

He also said he won’t make any major decisions about content or restoring banned accounts until a content moderation council is formed. A clear process must be developed before Twitter can reinstate banned accounts.

On Sunday, he announced that “any Twitter handle engaging in impersonation without clearly stating ‘parody’ will be permanently suspended.” Any name change “will result in a temporary loss of verified status.”

According to an analysis by Bot Sentinel, reported in the MIT Technology Review, Twitter has lost over 1.3 million users since Musk took over.